What is a Bivariate Map?

Most of the time, when you’re making a map in mySidewalk, you will be visualizing one variable (e.g. total population), for one area (e.g. a city or county), at one geographic level (e.g. census tracts). This is an efficient way to communicate to your audience how that single variable changes between political subdivisions of your area of interest. In cartography, these are known as choropleth maps.

Sometimes, however, the story we are trying to tell isn’t the measurement of a single variable: it’s about that variable’s relationship to something else. In this case, a bivariate map may be useful. 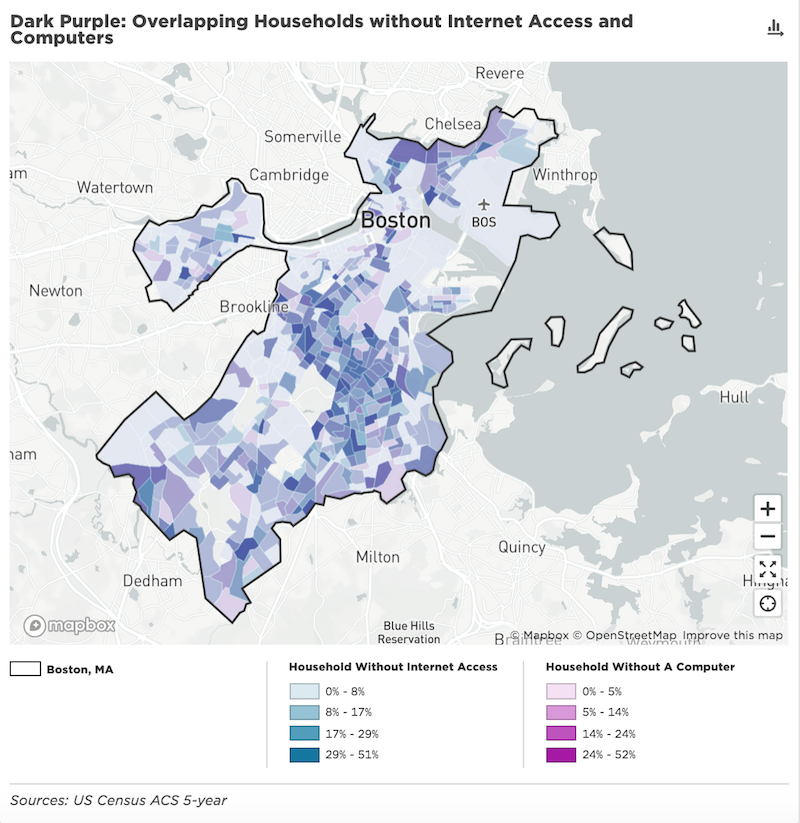 A quick word of caution: in most cases, bivariate maps are not the best option for communicating a story in a map. In the note below, we’ll help you decide when it is appropriate to use a bivariate map, and then teach you, step-by-step, how to make one in mySidewalk.

When Should I Use a Bivariate Map?

Bivariate maps are notoriously difficult to make. In most cases, it is easier - both for you to make, and for your audience to read - to simply make two separate, single-variable choropleth maps. Combining multiple maps in a collection can be a powerful and efficient way to show your audience how two (or more!) things are related.

Additionally, mySidewalk’s map filters can be a great way to draw your audience’s attention to the areas of your community that are influenced by two or more factors of your choosing.

However, if you think two variables (e.g. walkability and population density) are related geographically, and their relationship is what is important, rather than the individual measurement of either variable, then a bivariate map can be effective. To check if the variables you are interested in are related geographically, use a correlation chart to see if the relationship between the two variables is significant. If there is a significant relationship between the variables, consider adding that chart to a collection with your bivariate map. If not, it is probably best to go with two separate maps.

If you think a bivariate map is best suited for your situation, click below for step-by-step instructions on creating them in mySidewalk.

How To: Create a Bivariate Map
Did this answer your question?